Dear Friends,
This heart of mine was made to travel this world!

I knew I was on to something when a dear friend approached me months later from Sacred Visioning with a service project intended to encourage me to revisit the idea. I was humbled. I was grateful for the support. After several meetings, I set an intention, drafted a simple plan, and on November 17, 2012, the Saturday before Thanksgiving, The With Love Movement – an annual worldwide day of healing through letter writing was born. 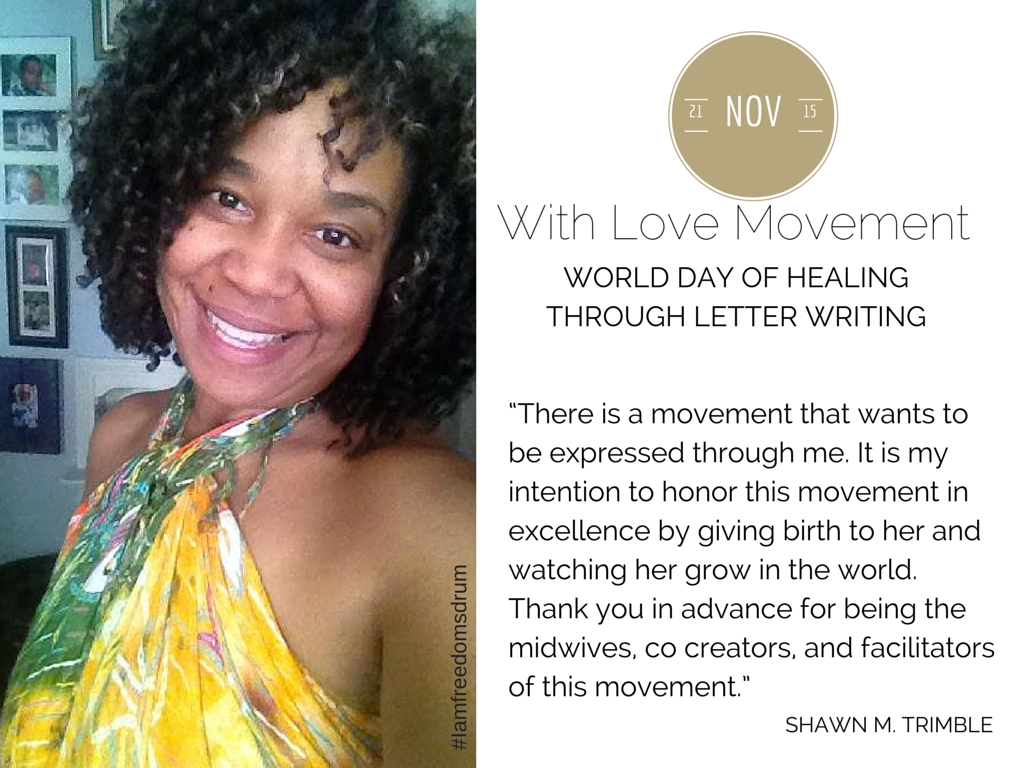 With my intention set, I started a Facebook page, The With Love Movement. One by one I reached out and began inviting my circle of family, friends, and people I admired. Elizabeth Gilbert, https://www.facebook.com/GilbertLiz (Eat, Pray, Love) was one of those people. When she liked the page, I knew the With Love Movement was traveling.

Poised for greatness, I have no doubt that this year, the With Love Movement will continue to grow, develop, and evolve. Once it goes viral, hundreds of thousands of people around the world will be touched by participating in this global healing opportunity.

I am participating in the evolution of my soul. Will you join me? Will you join us? Will you spread the word of love? Will you help revive a part of history that connects us all- letter writing? I can't do it without you!

Check out the 2015 Guide: http://www.iamfreedomsdrum.com/2015/11/its-world-letter-writing-party-and-you.html
This is only the beginning...tune in for part II. 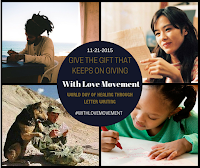 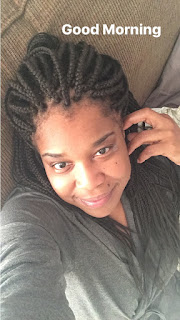