Spring Forward: How to Let go of the Weeds in your Life

Chapter 1, the Novice and the Gardener

Catalysts intrigue me. Like weeds in a garden, they stir up trouble but are hardly effected themselves. I've never really thought of myself as a science person but I'm rethinking that.

Gardening has never been my thing. I've pretty much stuck with house plants, flowers in pots, and a manicured lawn. But something stirred in me this year that has made me want to plant flowers and even start an herb garden. And interestingly enough, instead of me trying to figure out the how to's of gardening myself (which is what I usually do), this month I joined a local garden club of the Eno River UU Fellowship.

I showed up on gardening day and was greeted by the club's organizer. A master gardener, she was all smiles and seemed delighted that I showed up to help. After a short introduction and my willingness to dive in, she walked me to the tool shed and picked out a pair of gloves for me to wear. 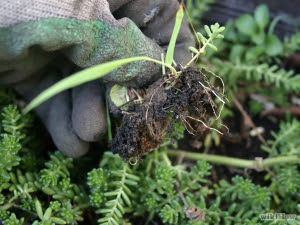 We perched beneath a pine tree where she had been working. My first task was to help pull up weeds that were surrounding the tree. She didn't know it at first, but my heart sank. To me, they hardly looked like weeds at all. They were beautiful deep green vines that were scalloped atop the mulch and the dirt.

“Why are we pulling these? I asked.
“They are weeds.” she said.

I watched her as she dug deep in the ground to carefully pull the weeds up from the roots without yanking them mindlessly. I followed her lead and even came across earth worms and gorgeous millipedes that she invited me to hold up to my nose because of their distinct smell. I was happy connecting with nature and Mother Earth. 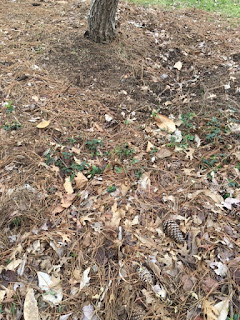 The passion that I witnessed from this gardening master was undeniable. Pulling weeds seemed like such a mundane task but she put her whole body into the work and into the ground. She pulled these weeds like she was uncovering a maze in the earth. It was her gift to protect this tree.

But as we began filling up the barrel with the weeds, I was still holding a belief that what we were doing was somehow wrong. For me it was like pulling teeth—or killing life.

I realized that I didn't have enough layers on to be working outside and my fingers began to get cold and numb. She suggested that we move to another garden in the sun. There, she pointed out more weeds. 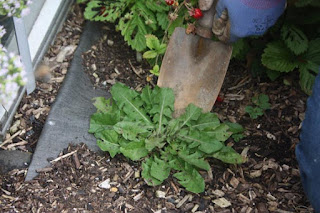 These were different than the dark vines. They looked like flowers. It was also obvious that they were not part of the garden, but they were still beautiful. I wanted to understand. I had to say something. I had questions.

“Who says a weed is a weed? Don't they also deserve life? They look like flowers? Why do we need to pull these?” I was obviously a novice.

She picked up on my sensitivity and responded in the most gently and loving way.

“There is order in the earth and it is made of eco systems. Though some plants are beautiful to look at, they all don't behave well. Some of them wreck havoc on life forms beneath the earth and can take over a garden and kill other plants by robbing them of necessary nutrients. I've seen the damage that they can cause. And, if left unattended they can take over.”

Her response was filled with so much compassion that I don't remember everything she said, but in that one graceful moment I felt relieved of my burden. I will never look at weeds the same again. 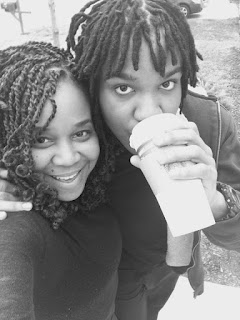 When my 19 year old son was diagnosed with MS last year it stopped me in my tracks. I wrote about my experience and how before his diagnosis I was ready to trade in my mother on duty badge for mother off duty, only to be reminded that a mother's job is never done! Then, as a small business owner, I lost a cleaning contract that I've held for the past seven years as I became unfocused and was not properly supervising certain jobs that I had contracted out during this time. To add fuel to the fire, with only a part-time job to supplement my income, I quickly became part of another statistic. At 47, I found myself without medical coverage because of North Carolina's refusal to expand medicaid. I was now part of the gap of people who make too much for Medicaid and too little for private insurance.  Not to mention the relationships that were uprooted, it's all been a perfect storm!

Storms are not new to me.  A hurricane Katrina survivor, I have learned about the resilience of the human spirit.  I've also learned that gratitude can interrupt anxiety.

While all of this was brewing, I was grateful that my son had health insurance through his father's plan and started treatment options. Ironically, as his caregiver, he began expressing concern about my health. His concern caused me to pay attention to my diet and other habits as I also realized that I wasn't alone. According to the NC Justice Center, Since January 1, 2014, North Carolina has rejected $4.9 million per day that would provide coverage to 500,058 uninsured people. And with the threat of more cuts from the new administration in the white house, more people will likely be affected. 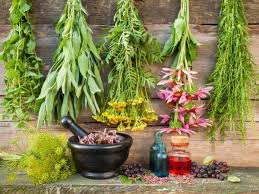 In the event that people needed care, I had an idea to create a resource or a hub for those who were looking for alternative methods of healing. I also wanted to begin researching healing alternatives for my son. By the end of the year, I started the Center for Herbs and Healing. I also started my alchemy journey with sage and a new product, Try Me Sticks.

I am grateful for the catalysts in my life. I am also grateful for new awarenesses. Nature is a healer and teacher! Who knew that a mundane task of pulling weeds could reveal so much? Weeds were all around me but instead of me cutting them off, I fed and watered them with my lack of understanding and allowed them to wreak havoc in my garden- in my life.

Cutting weeds from my life has helped me to see my vision and gift(s) with more clarity.  With new eyes I am clearly in unfamiliar territory, but I am rolling up my sleeves, asking for support, and willing to get my hands dirty. I don't have to do this alone, and neither do you!
Follow the Sun...
With Love,
Shawn 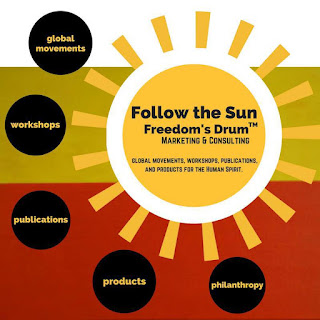 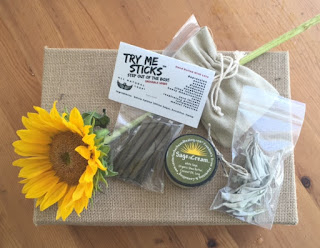