Five years ago I started the With Love Movement- Annual World Day of Healing thru Letter Writing. Today, I know this heart of mine was made to travel this world!

I still chuckle when I think back to a conversation I had while hosting a letter writing party:

As the story goes, I imagined organizing a movement of people walking up to a huge truck filled with letters written by perfect strangers. One by one I could see people from the ravaged neighborhoods walking up to the truck and randomly picking out their perfect letter. They would read them, feel the sincerity in the voices of those who had written them, and then walk away with an uplifting and encouraging message.

My wild vision became larger than life when reality hit that not only was there was no mail service, but I couldn’t speak or write French. Then, fear crept in, things got blurry, I talked myself out of it, and I woke up from the dream. 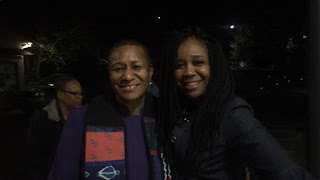 Months later a dear friend, Zelda Powell, approached me with a service project intended to encourage me to revisit the idea. I was humbled and grateful for the nudge of support. She was representing an organization that she was co-facilitating with Jacqueline Yvonne Brett from Sacred Visioning.

“There is a movement that wants to be expressed through me. It is my intention to honor this movement in excellence by giving birth to her and watching her grow in the world. Thank you in advance for being the midwives, co creators, and facilitators of this movement.”
Shawn Trimble (July 2012)

After several meetings with Zelda, I finally set an intention, drafted a simple plan, and on November 17, 2012, (the Saturday before Thanksgiving), The With Love Movement –annual world day of healing through letter writing was born.

On November 12, 2017, I had the honor of witnessing the ordination ceremony of Rev. Jacqueline Brett. I am in deep gratitude for her ministry, Eno River Unitarian Universalist Fellowship (ERUUF), and the Sacred Visioning Circle for holding space for love. I honor you today!

The With Love Movement is still traveling! (Thank you Elizabeth Gilbert). With over 10,000 people from around the world, the movement reached over 40 countries and over 35 cities across the US and abroad. Wow! Thank You! I continue to be humbled! 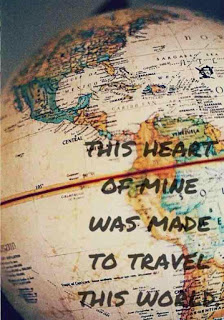 Let us continue to spread the healing power of love! On November 18, 2017, share the gift that keeps on giving.  Share a part of history that connects us all- letter writing!