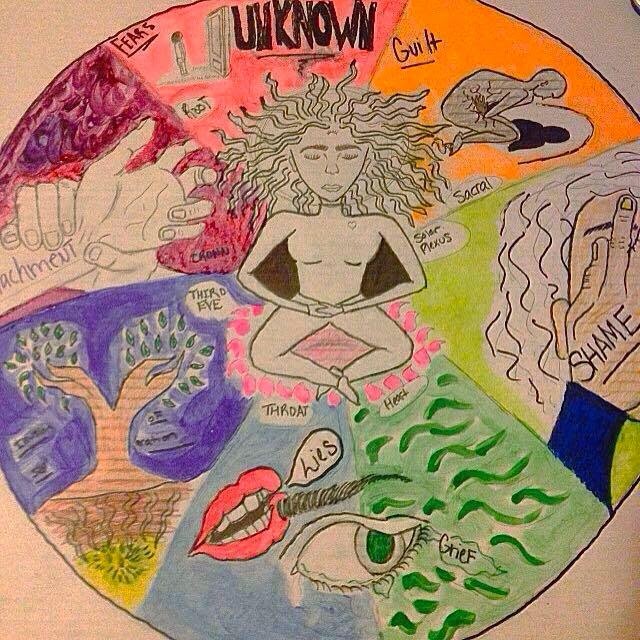 Last night, I reached for some inspiration and I found Sunshine!  There are some things I can always count on Sunshine to do:

Driving home yesterday, I was reminded that the things that I can't see are bigger than the things that I can see.  Chakra's are energy fields in the body.  Invisible to the naked eye, they exist in the spiritual realm of the unseen.   These unlimited energy fields work together to bring balance to our lives.  When we are feeling off balanced, being aware of our chakras can support us in unblocking those areas by understanding their association and embracing their existence.

The beautiful thing about art is that it really does imitate life.  For example, this artist consciously had a desire to create, and both consciously and unconsciously, she wanted to bring balance to her life.  The results- brilliant! 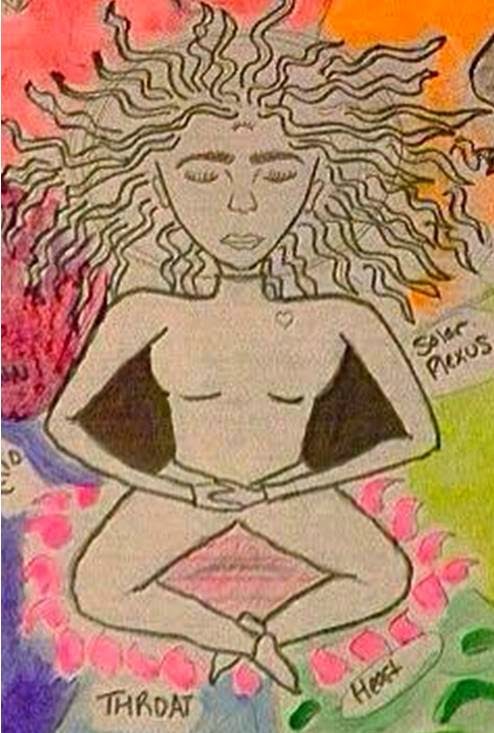 In speaking with this artist, she reveled that her inspiration was a conversation that she had with her mom earlier that day as she later turned toward a chakra wheel that was also given to her by her mom.  She also admitted that meditation was difficult for her.   Since images of a Buddha remind her of peace, in the center of her wheel she drew a woman with flowing locks resembling rays of the sun surrounded by lotus flowers.  She set out to simply draw the wheel and the attributes associated with each chakra.

Within each perimeter, she began to draw what she feeling.  When she finished her masterpiece she realized that the woman she drew was herself.  And through the image she had created, she was able to see all the things surrounding her that were robbing her of peace. Brilliant!

As I conclude, brilliant is that today I consciously had a desire to create-to write and to bring to my conscious awareness the thing that robs me most of peace.  The results- brilliant!  Thank You Sunshine!  I can always count on you to bring me what I need.  (Chances are that if you are drawn to this picture or blog, you too might have a similar experience.)


I believe in our unlimited potential and manifesting the desires of our hearts.