Your Dreams are the Language of God 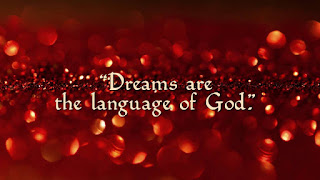 My Birth Day is Here! As I celebrate the anniversary of my birth, I empty my pockets and share these gifts with you.

The Alchemist, by Paulo Coelho, is one of my favorite books. It is the story of a great adventure found in following a dream that ultimately leads the main character to a great treasure. I loved reading the story, but I was touched by the author's introduction where he described four obstacles that we face in life.

Obstacle 1- overcoming the belief that I am/we are powerless to create the life that I/we imagine. According to Coelho, we are programmed to believe from childhood that the things we want to do are impossible.

Obstacle 2- believing that I am/we are incapable of love. According to Coelho, love for many of us is about holding on to each other and/or the fear of hurting those we love by letting them go. Those who genuinely wish us well will want us to be happy and are even prepared to accompany us on the journey.

Obstacle 3- believing that I am/we are bound by fear. We are afraid to fail, but according to Coelho, the secret to overcoming failure is learning to fall seven times and get up eight.

Obstacle 4- believing that I am/we are not worthy of realizing our dream. According to Coelho, when we get close to realizing the dream, we find a way to sabotage it and ultimately we sabotage the greatest gift of all - being an instrument of God.

Thursday was belly dancing night at the Vegan Flava Cafe! I was really excited and looking forward to trying something new. (It was also a great excuse to get out of going to the gym. I fell off the wagon.)

Then, I found out that belly dancing was the following Thursday. I was disappointed, but instead of belly dancing, I was invited to try an Indian meditation class that was meeting. Meditation was equally appealing. (Maybe I could meditate on getting excited about going to the gym.)

It was something new and I asked my daughter to join me. She said, “Yes!” We arrived a few minutes late and quickly took a seat on the floor in the meeting space in back of the restaurant.

I've participated in many meditation modalities but this one was new for me. It was a Bhakti Yoga musical mantra meditation or Kirtan. (Kirtan is non-denominational, the Universal language of Spirit, the song of the Soul.) The meetup included music, spiritual discussion, and a veggie feast.

My daughter and I were serenaded with beautiful music and greeted by a group of beautiful people who reminded me of what it may have felt like being with a group of hippies in the 60s. The host welcomed us in. It was warm. I felt at home!

Without much introduction, the chant started and I wasn't sure what to do. My initial reaction was to run out of the room, but I took a breath and gave myself permission to have a new experience. I joined in. 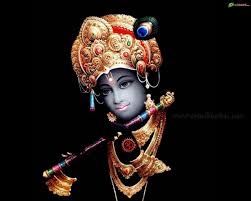 I turned around and looked at my daughter and we smiled at each other. We were having the same experience. I chuckled not knowing what we were chanting but since we had just had a conversation about traveling, to ease her anxiety, I told her that this was part of our journey. It was a surrendering moment for both of us.

Still, I felt bad for bringing her along and I was prepared to leave early but as the chanting continued, the energy of the room filled with a peaceful radiance. I ushered to leave but then she ushered to stay.

The chanting stopped and the host of the meetup introduced the musicians Courtney Long, Rangadevi Dasi, and a very humble facilitator who traveled from the mountains to lead the meditation that day. His name was Mitra Dasa.

Mitra shared his story and experiences and went around the room to get a sense of who was present. When he came around to me I simply shared that I was a follower of the Light who came for meditation and was led to be a part of the meeting.

Before moving into another chant, he told this story.  (Disclaimer * This may not be the story he told, but this is what I heard.)

The Guru and the Student

There was a student who travelled a long way to sit at the feet of his beloved guru. The student wanted to know the meaning of life and what he needed to do to be enlightened. He listened attentively to his guru, took notes, and he went back home.

The next year, he returned to his guru.
The student shared that he did everything that he was instructed to do and that he was now ready to be work with the guru.
The guru told him he wasn’t ready and the student returned home.

The next year, he returned and the guru sent him back
again and again and again.
This continued for about 14+ years.
The student persevered but he grew tired.

Weary, he approached the guru and told him that he felt like a failure and that this may be his last trip. He said that he had been obedient all these years but he was loosing hope. The guru sat up and knew to take the student seriously. He decided to share a secret with him and instructed the student to never share the secret with anyone. It was the secret to life!
He told the student to return the following year.

The student decided that he just couldn’t keep it to himself. He shared it with everyone he met and blessed the lives of many people. How could doing good feel so bad, he thought.
How could he face the guru?

The next year, he took the long journey and faced his fear of failure.
He faced his beloved guru.

“How could you disobey me?” The guru asked him.

The student answered, “When I looked around and saw all the people who could benefit from what you had given me, I couldn't turn away. I was willing to sacrifice my life for theirs.
Serving them was more important than serving myself.”
The guru dropped to his knees at foot of the student and said,
“You are my guru!” 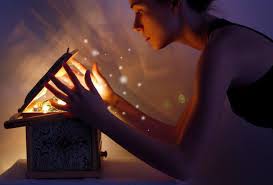 After Mitra finished telling the story, I turned around and told my daughter, Sunshine, “You are my guru!”

I empathized with the student. I knew what it was like to feel tired. I was tired! Then, we went into another meditation. We chanted until the music took me away.

I closed my eyes and went into deep meditation. What I experienced took my breath away. In my meditation, I was a woman and God knelt at my feet and told me I was His guru.

When the meditation was over, I gasped for air and without telling anyone about my experience, I got up and all but ran out of the room.

On this season of my rebirth, I celebrate all of the gurYOUs in my life and I empty my pockets and I share my gifts with you...

Follow the Light.
Sunshine is Love.
Be open to new experiences and let them take you away...
You are an instrument of healing! Share your gifts.

You are a Guru!
The end!