Don't be Ashamed of Your Story!

The following two posts were first published on my Facebook profile page and began as conversations.
Though they are both related, they may overlap (forgive the redundancy).  I share them in love, with love-me
Depression is beast! I told this story last year as a testimony of God's ability to turn things around to someone near and dear to me. People may wonder sometimes why my spirituality is paramount in my life, well this is an abbreviated version of one of those reasons.
Twenty years ago I was visiting a friend in Miami. In truth, I was making my rounds to say my goodbyes to people in my life. Selfish as it may be, depression is so painful and unless you've experienced how debilitating it can be, escaping the pain and illusions of not having other options can often trump everything else. Even the thought of leaving family behind...
My girlfriend, April, didn't know what my motives were, but on that Sunday, the last day of my visit, she invited me to church. I shrugged and crawled under the covers. 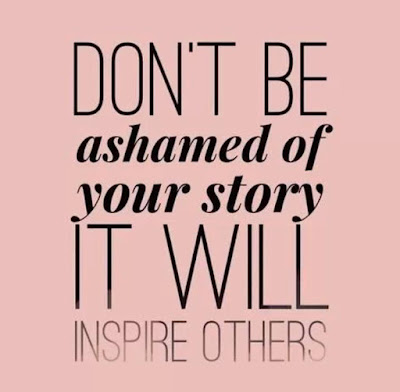 I had issues with religion but I had conversations with God all the time. I grew up catholic and didn't really feel the presence of God in that environment and I was exposed to other religions but not as a practice.
However, I held memories of one of my grandmothers, mama Eli I called her, dragging me to church. I was sixteen at that time, and had already attempted suicide once. I was in Delaware to get away from my environment in New Orleans. Mama Eli was an avid church going woman who loved The Lord! She attended this little church and it was there that I first experienced the move of the Holy Spirit and people falling out. But I also remember the fellowship and the food at the end of service. And the minister's son lol.
My friend was already dressed and almost out the door, and I was saying my good byes from under the covers. Then, she said something to me that forever changed my life.
"If you want to come with me, I'll wait for you."
I went with her to church. It was an AME church in Miami. I heard a message that gave me hope. The message inspired me to find a church back home.
When I got back home, I pulled out a yellow page phone book only to find all of these churches listed. I took a breath and went for what I knew.
I closed my eyes and pointed my finger and said, "Ennie, meenie, Minnie, moe."
My finger landed on Bethel AME church in the 9th Ward. I planned my visit and on the Sunday following the weekend of my planned goodbyes I found myself hearing more stories about the healing power of this man they called Jesus.
As I sat there in the pews of this little church, all I could think about was my depression. I looked at my then 4 year old son. I was desperate....but I hungry to live!
I asked myself, if HE could do it for them, maybe He could do it for me too! And then I walked to the altar...
I was healed!
That is a true story! This is my testimony!
I love God with all of my heart! Today, I don't knock religion! I do believe that religion was intended to be a catalyst in supporting us (me) with building/understanding/cultivating our (my) personal relationship with God- with ourselves (myself).
Though man may have had other motives, I don't believe religion was intended to keep us bound by any belief that makes us comfortable. I'm not into the dogma or the political nature of misguided truths. The God that I serve is much too big to be put in a box of any one religion/belief.
If I had to chose, Love is my religion! And Lest I forget, Love is The Power- The Way- The Truth- and The Light- Forever! The Glory- available to all of us hungry to live!
With Love,
Me 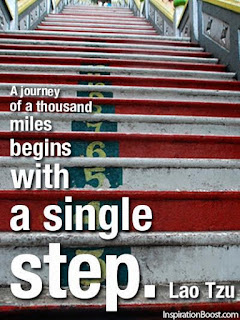 Someone recently shared with me that one never knows where one might end up until you take off.  For a journey of a thousand miles begins with one step!

My dad was a baptist minister (an ambassador before his death). My grandmother (on my mother's side) was Catholic and growing up I practiced Catholicism (eventually marrying an altar boy). My mother was anti religious but later practiced Buddhism and attended a Unity church. My step dad was a Rastafarian and also introduced me to Islam and the Koran. His mother, who I lived with for a short time as a teenager, was a devout Christian who dragged me to church. Through her, I witnessed the Holy Ghost. We also visited her husband's AME church.

My best friend who was also an AME, inspired me to join my first church after visiting her in Miami. Once home, I literally opened the yellow pages, closed my eyes, pointed to the page and said, "Eenie meenie, minnie, moe". I landed on Bethel AME church in New Orleans, where me and my oldest son were baptized.

I fell in love with the teachings of Jesus and became interested in ministry. But as a new Christian woman my requests (in a male dominated field) were not taken seriously. I searched for a more progressive ministry and later joined a larger nondenominational Christian church but I quickly became disenchanted by the business of saving lives.

I left the church and enrolled in an online seminary in 1999. I homeschooled and even led home church services with my family. in the process of moving to North Carolina, I realized that an online course of study did not fit in with traveling with young children so I abandoned the course.

Writing, prayer, and bible study became my personal practice. I began reading a book, Daily Meditations for People of Color, by Iyanla Vanzant. It wet my appetite and coincided with the work I was being called to do.

I started Freedom's Drum in 2001 as an organization whose mission at the time was to inspire people to break free from society's mental chains of conformity and work towards a more spiritual experience.

I eventually learned of Inner Visions Institute of Spiritual Development and became a volunteer and then a student. It was a no holds bar spiritual Bootcamp with love built in at its core. I served three years and I could certainly blame my quitting the program on a nasty divorce and financial unreadiness to continue, but in truth the intensity of the course was just more than I thought I had at the time. (My intention was (is) to become a minister of spiritual life consciousness.)

In the midst I learned how to meditate and enjoyed visiting a Zen temple. I later joined a small church, Center for Spiritual Living, but didn't enjoy the long commute. I continued my services from home.

I met a local pastor from an old community I use to attend and his energy and enthusiasm led me to his congregation but I realized I was not the same person and the traditional Christian church just didn't speak to the new me.

I was offered a job at a Unitarian Universalist Fellowship as a Religious Education Assistant and loved it! While in this role I completed my undergrad in sociology and watched as my daughter found a church home. Working with children and families in the UU fellowship I was exposed to a multitude of religions and watched as people came together regardless of their religious faith. It is not an easy task, but I witnessed the courage of a beloved community along with the social justice issues they have tackled. Though not an official member, I am proud to be part of their team.

A person's religion seems to matter less and less if not at all to me. I am more interested in the character of what lies beneath the surface instead of the mask of affiliation.

We are all gurus but I have been blessed to meet many along the way. One such Guru was James Alston. He was a church all by himself! He held my hand through the dark corridor of another transition of discovery that reinforced the truth of just what it means to be connected to the great I AM.

Today my religion is Love. I am Love in Motion! I believe that that like the old adage says, "your arms are too small to box with God", I believe that God is too big to fit in one religion. So, I have chosen to lovingly embrace them all! I also believe that religion(s) m can be the catalyst or a bridge to a beautiful journey of something greater...a personal relationship with ONE's self.

I invite you to share your journey! Join me and help me build this movement! ‪#‎iamfreedomsdrum‬ With Love, Me

"Death can come at any minute, in any way. We do not know what is in store tomorrow, or, whether there is a tomorrow, or even a tonight! But still, we have the golden present. Now we are alive and kicking. What should we do now? Love all, serve all."
Sri Swami Satchidananda
And LIVE...like somebody left the gate open! 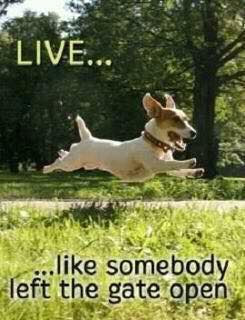