No Justice No Peace and why Recess time is Over!

"Our lives begin to end the day we become silent about things that matter."

On April 25, 2016 I was arrested.  In circle formation inside the North Carolina legislative building, I sat, along with 30+ activist, in front of Tim Moore's office (Speaker of the House) in protest of the new HB2 law that was enacted. 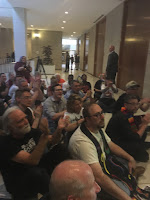 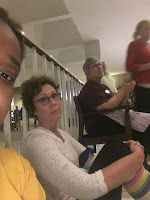 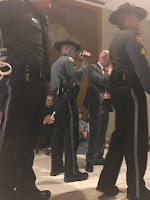 While waiting to be arrested my son texted a picture of me from the BBC headlines.
In that moment, I knew that recess time was surely over.

This is the look you make when you make the world news.

I was released Tuesday morning.  I am home! I am safe! I am grateful for the love that I have received. 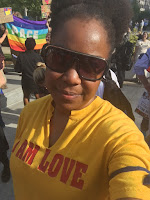 “Power without love is reckless and abusive, and love without power is sentimental and anemic. Power at its best is love implementing the demands of justice, and justice at its best is power correcting everything that stands against love.” - Martin Luther King, Jr.


I am an organizer and social activist who has participated in many actions and many protests. I have been mocked, I have felt threatened, and I have delivered petitions and stood in solidarity with thousands of others against Governor McCrory and the Conservative takeover in North Carolina (Here is one of my petitions- sign here).
I stand on the side of love.  I am Love!
I am a 'straight' woman of color and I have never been arrested.  But, I chose to risk being arrested because what rose within me was a compelling argument that wouldn't go away- I refuse to be silenced!  I refuse to just sit idly by while people with the most power bully those with the least power.  I refuse to continue to allow the fear of my collective consciousness to control my thoughts, succumb to the apathetic way we see but don't see, bamboozle me into thinking that I don't have a voice, that its ok to discriminate against others, and that it's ok to use a doctrine or ideology to support hypocrisy.  Meanwhile, basic human rights and liberties are being violated; voting rights are being violated; people are going to bed hungry; people are losing their homes; not being able to afford housing; being disenfranchised and misrepresented (or not represented at all); people are needing work while jobs are being lost, etc...and now this!

Yes, arrest me!   Enough is enough!  I am NOT fooled by the trickery, manipulation, cowardess, and corruption of this legislature! This is not a bathroom bill! HB2 is a hate bill that affects ALL of us and must be repealed!

Our voices DO Matter!
Love is Love! 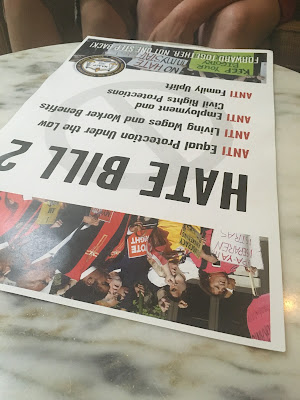 HB2: I Chose to Take a Stand Against the Blatant Misuse of Power! 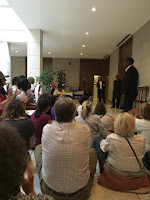 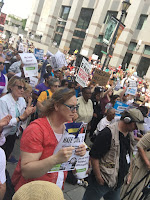 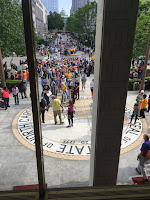 Misleading Politics Hidden Beneath the Surface of House Bill 2