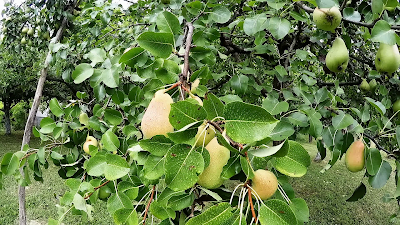 "When your Mind unwinds, your Spirit it will find." Shawn Trimble

The following is an article written for Wild Woman Magazine last summer.

I am so grateful for the release and for the more to come.

A few weeks ago I fell off an eight foot ladder climbing a pear tree. I was using bungee cords to help my boyfriend’s mom lift some of the weighted limbs that were carrying fruit and dragging the ground. As I lifted the limbs, one of the cords popped and I fell.

On my way down, I held on to the very limbs I was trying to support. In the blink of an eye, they were supporting me! And, the pears that we were trying to save were shaken to the ground.

Miraculously I was not injured, and the screams of concern that I could hear as I tumbled, turned into laughter. When I got up I felt so alive!

My name is Shawn Trimble and I was born in New Orleans. As colorful as the city I’m from, I am the mother of three and a dog. I am Freedom’s Drum!


The wound is the place where the Light enters you. Rumi

I believe each of our lives is like a gigantic puzzle. As our journey begins, pieces emerge. If we are mindful, we recognize just how intertwined our experiences are. One day we realize that there are no accidental meetings or events that happen in our lives, just carefully orchestrated opportunities to help us unveil and unfold the greatest masterpiece of all: Ourselves.

Beyond my conception and my parents who helped to exacerbate my contractual agreement with life, my earliest memory of this journey into myself began at age four when I was sexually molested.

I fell through the door of unexpressed anger and depression. As incidents of molestation continued, I was terrorized into silence and by the age 13 I was suicidal. One suicide attempt in particular broke the yoke when I overdosed on prescription pills that I found in the medicine cabinet. I fell (again) on my front porch. My mother found me and I was rushed to the hospital to have my stomach pumped.

By the time I was in High School, I was the Girl Interrupted. (If you’ve seen the movie, my life mirrored Winona Ryder’s role, Sasha.) I spent several months in a psychiatric hospital until I was no longer a risk to myself. When I was released, I vowed to never to go back. I never did! It became my dirty little secret that I never talked about- until today! 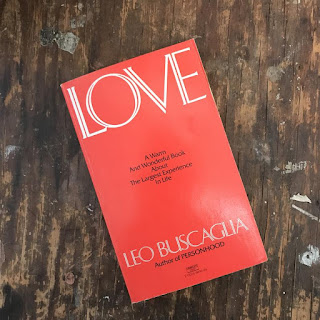 Forever grateful, one of the counselors from the hospital gave me a book that changed my life and the trajectory of my journey. It was called, LOVE, by Leo Buscaglio.

But in silence I still carried pain. I carried shame. I carried the weight of responsibility in trying to keep my family from being hurt and torn apart. I carried guilt and believed it was my fault.

I also became disconnected from my feelings and I learned how to be dishonest with myself and others. While smiling became a tool to keep me from acknowledging what was underneath the surface, writing became my therapy and an unconscious tool that helped me to bring it all up.

I know the pain in silence. I know that the world we see is nothing in comparison to the world that we can’t see. I know falling can be a metaphor for flying!

In 2001, I started Freedom’s Drum. I had just moved from the flat lands of Louisiana to the rolling hills of North Carolina. That summer, I was roller skating and wouldn't you know it, I fell down a hill. This time I found myself sitting in an emergency room clinic with lower back pain.

I sat there and I thought about a telephone conversation I had just had with a good friend. She told me, “Shawn, I have always admired you. You are truly different. You have always walked to the beat of your own drum.”

Being new to the area and sitting in that waiting room I felt so alone. Everyone was a stranger. I searched my mind for affirming messages and pulled out affirmation cards that I created!

My mind wandered and I started thinking about what it would be like to meet God one on one. I wondered what it would it be like if I unschooled everything I had ever learned about religion. Then I started drawing. I drew a butterfly-a symbol of spiritual freedom. Then a drum -a symbol of individuality and expression.

It became a logo. 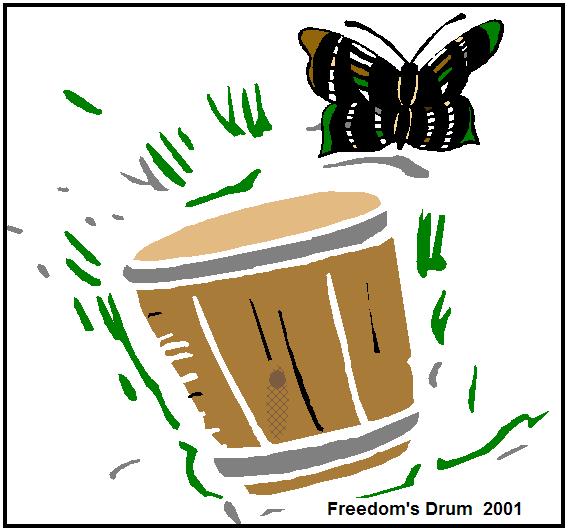 My initial mission was a welcome statement:


“Welcome to Freedom’s Drum. A pensive haven intended to guide you and remind you of your authentic self. A haven that respects your uniqueness and values the gifts that you have been given. A haven to send you on your way nourished with enough manna to share with others. A haven filled with the imperfections of humanness but respectively honoring the perfections of Spirit.”

I didn’t know what to do with my ideas for Freedom’s Drum, but I continued to work on them. I few years later, I moved back to New Orleans and packed my van with everything that was important: my children, our pets (a dog and turtle), clothing, a few plants, dishes, a favorite comforter, my altar, journals, and the plans for Freedom’s Drum.

But in the fall of 2005, we fled the city in the aftermath of Hurricane Katrina. All was lost in the storm, but miraculously what we survived and so did my altar, journals, and plans for Freedom’s Drum. They were untouched! I saw it as an omen and became committed to the work.

It has been a journey and falling has been part of me seeing the beauty of the landscape. Whether consciously or unconsciously we create what we need. I didn’t realize it then, but the healing center and safe haven was not just for others, if was for me!

I have also learned that writing is healing! In 2012, I started The With Love Movement-world day of Healing thru Letter Writing. Today, it has morphed into a annual global movement has reached over 10,000 people around the world. 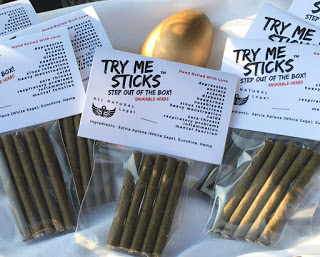 Over the years Freedom’s Drum has served as an an umbrella entity for several movements and initiatives. I believe that our mind, body, and soul work as one. I believe that the world of metaphysics, herbal medicine, and other healing modalities can work together to enhance our journey in the physical realm.

The Center for Herbs & Healing was born after my teenage son was diagnosed with MS (Read here). It is another haven of inspiration and resources for people searching for alternative methods to enhance their journey towards a healthy lifestyle.


“There is an Indian proverb that says that everyone is a house with four rooms, a physical, a mental, an emotional, and a spiritual . Most of us tend to live in one room most of the time but unless we go into every room every day, even if only to keep it aired, we are not a complete person.”
― Rumer Godden

For generations, white sage has been used for purifying, cleansing, protection, and many consider the plant to be sacred. As a spiritual activist and alchemist working with sage, Try Me Sticks were born. They are hand rolled herbal sage sticks that can be used as alternative smudge sticks for rituals or ceremonies or natural alternative smoking wraps. They are naturally flavored, made from pure hemp, and contain no tobacco or nicotine.

I have fallen with the fruit and the trees that give us life.

I have fallen in the arms of love.

I have fallen in Freedom's Drum.

I am flying free!

With JOY-
With Love, 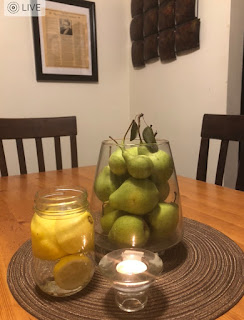